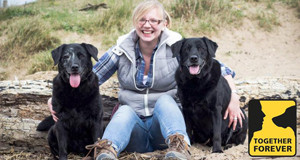 With less than four weeks to go before it becomes law, there are still nearly 2m non-microchipped dogs in the UK reports Packleaders, a dog walker service in Steveange and Knebworth.  From 6th. April 2016, dog owners whose dogs are not microchipped could face a fine of £500.  Hardly worth the risk, when microchipping only costs £10/£15 and is offered for free by many dog charites and vets.  Microchipping helps local authorities and animal rescue charities speedily reunite lost dogs with their owners.  The cost of dealing with more than 100,000 stray dogs a year without microchips is huge.  Microchipped dogs quickly returned to their owners saves considerable kennelling costs.  In the last year, 542 dogs were reunited with owners as a direct result of being microchipped.  The Government estimates a saving of over £57m to the taxpayer and charities, if all dogs were microchipped. 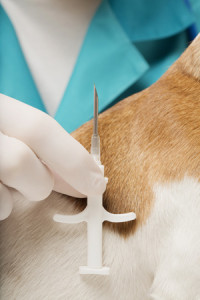 Microchipping offers many other welfare benefits for dogs.  Being able to trace puppies back to the breeder will reduce the problem of puppy farming.  This would cut the problems they cause with infectious diseases and inherited defects.  It will act to deter dog thieves who are a growing problem and allow identification of owners who are guilty of animal cruelty.  It will also allow action to be taken against owners of dangerous dogs who do not properly control them.

The microchipping process involves inserting a chip about the size of a grain of rice, usually into the skin at the back of a dog’s neck.  The chip has a fifteen digit code which can be read by a scanner.  The dog owner’s details are then married up with the code and put on a national database.  All vets and dog rescue centres have scanners and access to the database enabling them to quickly identify a lost dog’s owner.  In a bid to encourage the remaining dog owners to microchip their dogs, the Dogs Trust, Blue Cross, Battersea Dog Homes, and some vets are offering FREE microchipping.  To find a free microchipping service near you visit the ‘chip my dog’ website.

Being professional dog walkers operating in Stevenage and Knebworth, there is always a worry that a dog being walked off lead may run off or get lost.  Knowing dogs entrusted to our care are microchipped is reassuring, though we also add a temporary ID tag to each dog’s collar when taking them out, so we can be contacted quickly should a problem arise.  Thus far, it hasn’t been needed but one day it might and, if it does, we shall be most grateful for it.  On a personal note, based on a heartbreakingly bitter experience we had, I would urge all dog owners to microchip their pets.  About twenty five years ago we had a little Westie puppy stolen who, to my everlasting shame, had not been microchipped.  It felt like the next worse thing to losing a child and no other dog owner should go through that pain to save a mere £15!